So last week, I forgot what day it was, DR texted me and asked, “Have you followed Ta-Ku’s snapchat?” And I was like, “What? He has a Snapchat?” I immediately sought out his Snapchat account, and clicked follow.

I’ve been a fan of Ta-Ku‘s Instagram feeds. He’s been consistently displaying a series of three very artsy photos every day. So when I knew, that he has a Snapchat, I couldn’t help but wondering, whether it’s gonna be as artsy as his IG, or he’s gonna show the real side of him. The un-artsy side of him.

Apparently, his snaps are just as artsy as his IG feeds, everything is in motion, black and white, beautified with mellifluous and melancholic tunes. I would describe it as cinematically soothing. You seriously gotta follow him on Snapchat. We don’t take an “I don’t have a Snapchat” excuse.

DR & I were hooked, or to be exact, obsessed. If you follow us on Snapchat (it’s @demasryan and @gersonhenry) you would pretty much see us literally “stealing” Ta-Ku’s snaps. Ta-Ku mostly captures the commuting life of Japan’s local citizen, taken from inside a train or from a train station, mixed with plenty of street views and urban cityscapes.

And so that’s the whole intro of this post, which is gonna be about our random exploring day we had on last Sunday. Inspired by Ta-Ku, or shall I say obsessed, DR threw in the idea for us to try the KA Commuter Jabodetabek (the name of Jakarta’s commuter line system, which was known as the KRL – Kereta Api Listrik or Electric Train in English) and just go photo hunt.

I was instantly sold to that idea.

It’s interesting that I didn’t really know what to expect, but I did expect that this trip won’t be as enjoyable as my commuting experience that I had in Singapore or Sydney. Both of us were born and grew up in Jakarta, but we never really wanted to try this particular public transportation because, perhaps, like most of Jakarta’s citizen, we were just too snobbish to try it.

Just be honest, most of us, no matter how frustrated we are with the traffic, we would always choose our own comfortable car or Uber or taxi than the commuter line. Well, it’s not wholly our fault. We grew up being educated and exposed to the concept that Jakarta’s public transportation is just unsafe, dirty, uncomfortable, not being well taken care of, and so on. And that’s why for most of upper-middle class, Trans Jakarta or busway, and commuter line are just not their first transportation choice.

We started our trip from Sudirman Station and we planned to just take the emptiest train (whatever destination it is), so we can do our photo hunt freely. As I entered the station, I was amazed, that it’s actually not bad at all. There’s even a Starbucks outlet inside! (that’s like the benchmark whether a public place is visitable or not LOL, if Starbucks wants to open its outlet there, then it’s definitely a go).

They stopped using the paper ticketing system in 2013, and has been using the electronic ticketing system, which is far more efficient. You only need to buy the e-card, top up your balance (you need to have at least IDR 11,000 in your balance), tap it as you go inside the platform. All the signs are also properly designed and will be very helpful for you to see which route or line that you need to take.

The trains are air-conditioned, well-maintained, composed by used Japanese trains from Tokyo Metro, Toei Subway, Japan Railway and Tokyu, with some local-produced trains from Industri Kereta Api (INKA). The first and last locomotives are for women only, so if you’re a woman there’s at least enough safety guaranteed for you.

It was quite a new and pleasant experience for both of us. We were just busy hopping in and out from one station to the others, taking our time to capture some instagenic photos. And yes, we got what we were looking for.

I am now fully impressed and have high hopes for the transportation system in Jakarta. I could see that the current government are really making their best effort in building this city into a better place. And I am now even more excited to welcome the MRT and LRT system. If you are in your 20s now don’t under estimate the ongoing progress that is happening now, because the future of this city, this nation, might be in your hands. You could be one of the answers, one of the solutions that this country needs. Holla! 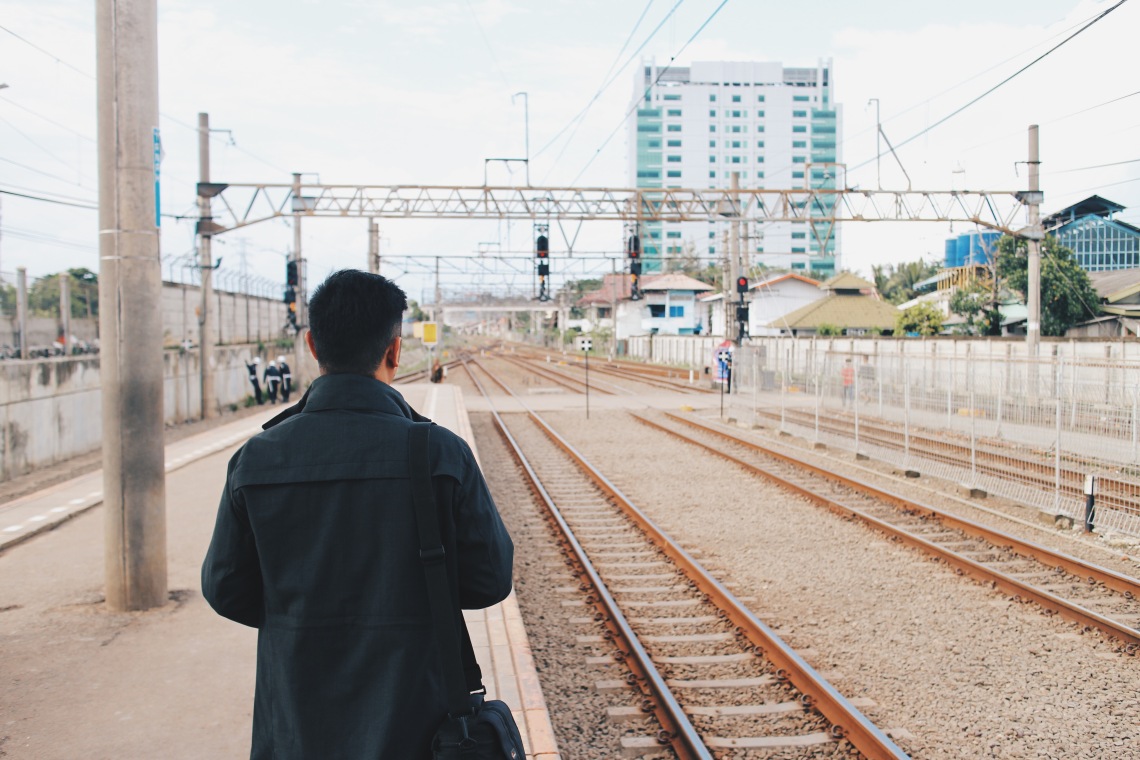 Anyways, please do check out more photos of our random commuter line photo hunt below. And do wait for more of our randomness.

Write to you letter,