Before I started babbling about how beautiful Labuan Bajo is, I’d like to apologize for the lack of posts lately because my workload have been crazy for the past month. Finding time to actually blog was a rarity for me, even up until now. But here I am trying to fill you up on what’s hype and worth trying in your twenty something!

So, if you’ve read my first two posts about my trip to Bajo with Travel Society, those two were only giving you like 20% of the details. Hence, I’d share more in few other upcoming posts. As a starter, here’s a blog post about the first two islands that we visited in Labuan Bajo!

It took only about 30 minutes from Labuan Bajo to Kelor Island. The minute I saw the white sandy beach, I immediately wanted to jump off of the boat. I kept on reminding myself not to forget wearing my trekking sandals, because the last time I didn’t wear sandals in Belitung, I got injured pretty bad.

The hike to the top of Kelor Island was a total challenging, particularly because it was noon and the sun was like right above our head. I could feel my skin burnt while trying to keep my balance during climbing the steep hill. However, as I’ve said in my former posts the view from high places is always worth the climb! 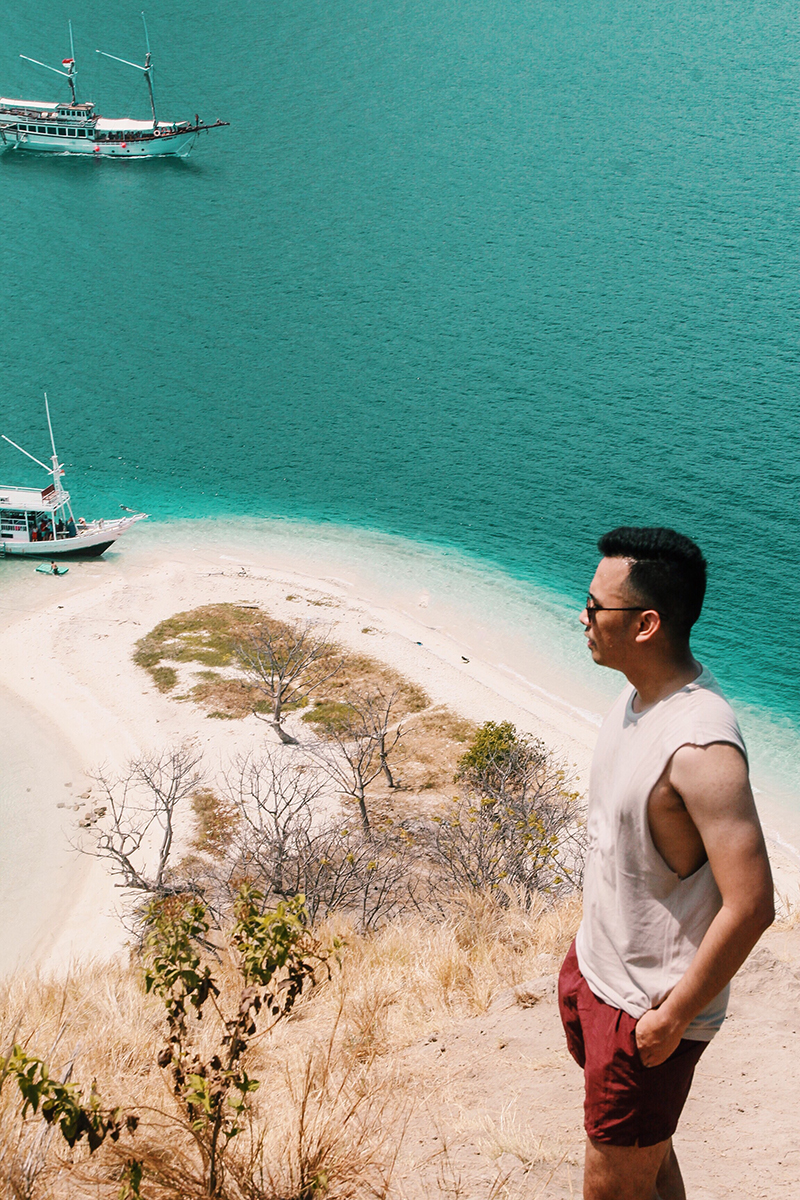 Just like in Rinjani, I was one of the fastest in the group, even when I haven’t been exercising for like months. Perhaps is the impatience in me, or perhaps it’s just that I have long legs – I don’t know – but I managed to get to the top before the rest of the pack. So when some of them have finally arrived, I was already deciding going back down and play at the beach.

Again, climbing down a hill is always harder and tougher than going up. The sandy floors were a little bit slippery. I was so nervous that I might lost my balance and fell. Minutes later, I was already on the beach. Unbuttoning my shirt and dived right into the super clear turquoise-ish water. It felt so refreshing after burning few calories going up and down that hill in the middle of a hot sunny day!

A little bit tips, if you are happen to visit this beautiful island in the future, make sure you are wearing proper clothes and comfy sandals or trekking shoes. Anyways, after Kelor our guide took us to Manjarite Island (about an hour away from Labuan Bajo). Everyone changed into their swimming suits and started to swim in the sea enjoying the beautiful underwater world.

Sigh. Writing about this only makes me this home-sick feeling towards traveling and being out in the open space. 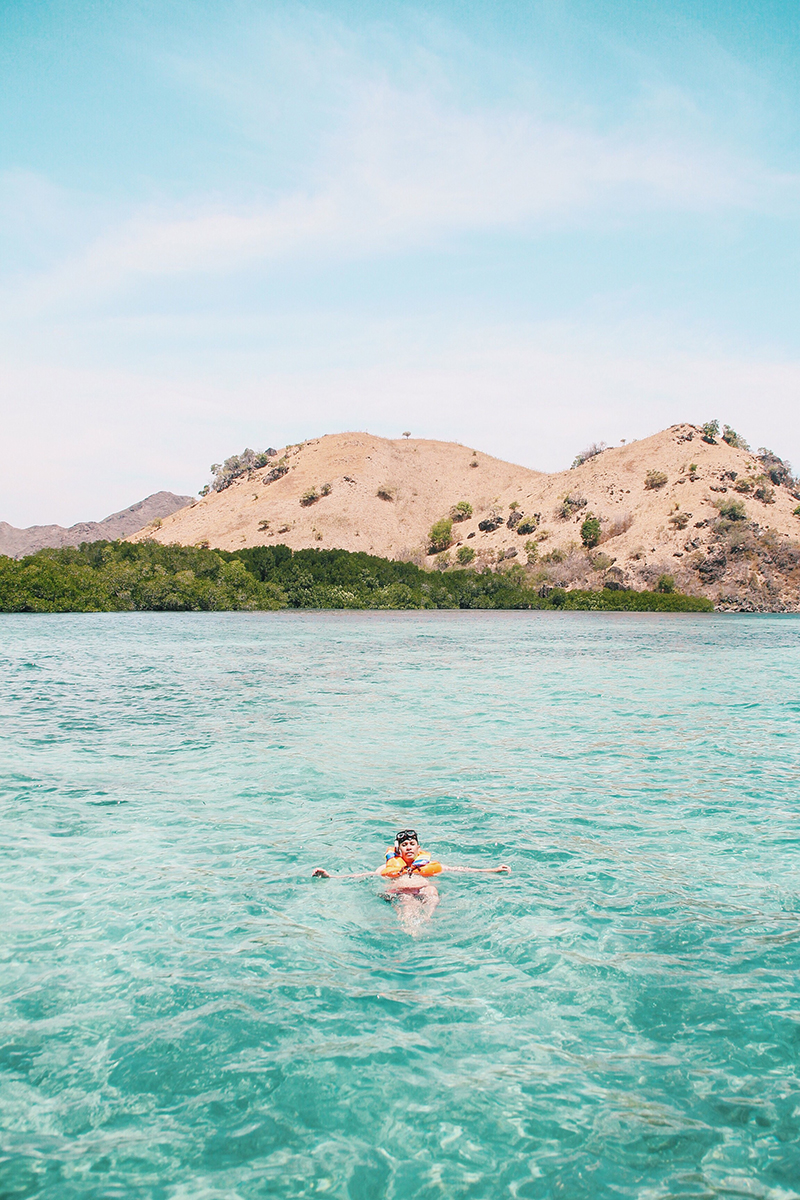