March has been so fun for me as it’s filled with plenty of traveling. I started out this month in Bali for a friend wedding. Few weeks later, I’m drafting this post from Juanda Airport, Surabaya (again, for a friend wedding.). And next week, guess what.. I’ll be flying back to Labuan Bajo for office outing!

I’m so thrilled about this Bajo trip when the HR team in my office announced it a few weeks ago. I mean, who wouldn’t want to come back to Bajo? Those beautiful islands and priceless experience. If you haven’t been to Bajo, I highly recommend you to book your seat right now for an open trip with Travel Society. Seriously, my trip with them last September was beyond fun!

Particularly that sunrise-watching moment at Padar Island. The whole trip includes living on board for 3 days. Padar was the first place we visited on the second day. I remember waking up super early, brushed my teeth, washed my face, and started to climb up the Padar hills vigorously.

I’ve witnessed sunrise before from the top of Rinjani, from the top of Bromo and Sikunir, and even from an apartment in Sydney. None of them provide an ocean view, unlike this one. The trekking was not difficult because they already made a clear path for you to go up. But at one point, as you reach the higher ground, it will become a bit steep and rocky, but still feasible to be done. At least, most of the people in my open trip group who were first-timers in trekking, managed to get on the top safe and sound.

Not a single word could nearly describe a sunrise-watching moment. Like I could throw in some beautiful words, it won’t mean a thing unless you’ve seen it yourself. I’m just gonna let the photos do the justice.

I don’t care if you are the adventurous type or not, if you are into traveling or not, this particular activity should be on your bucket list, because it’s so worth-trying (time and penny included)!

If you’ve seen a sunrise before, or quite an avid sunrise-hunter, what’s your best experience? Who knows we might bump into each other on the top of any hill one day. 😉 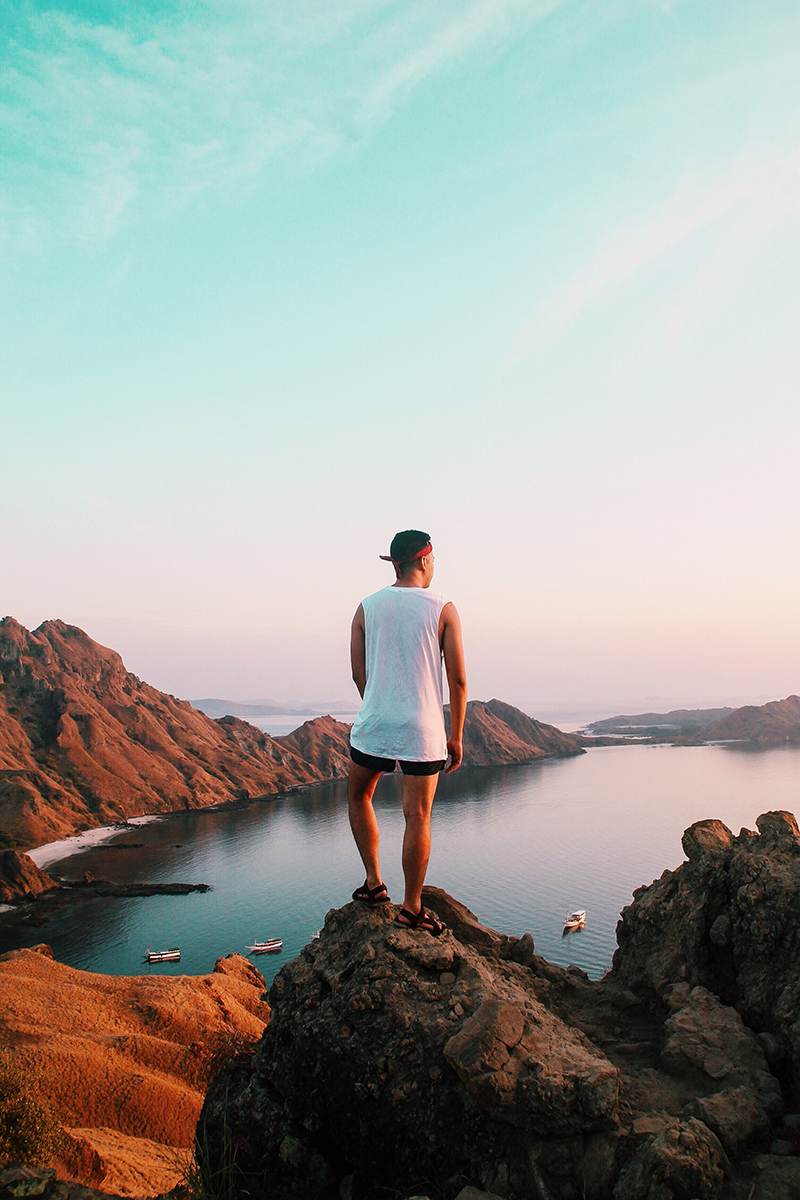